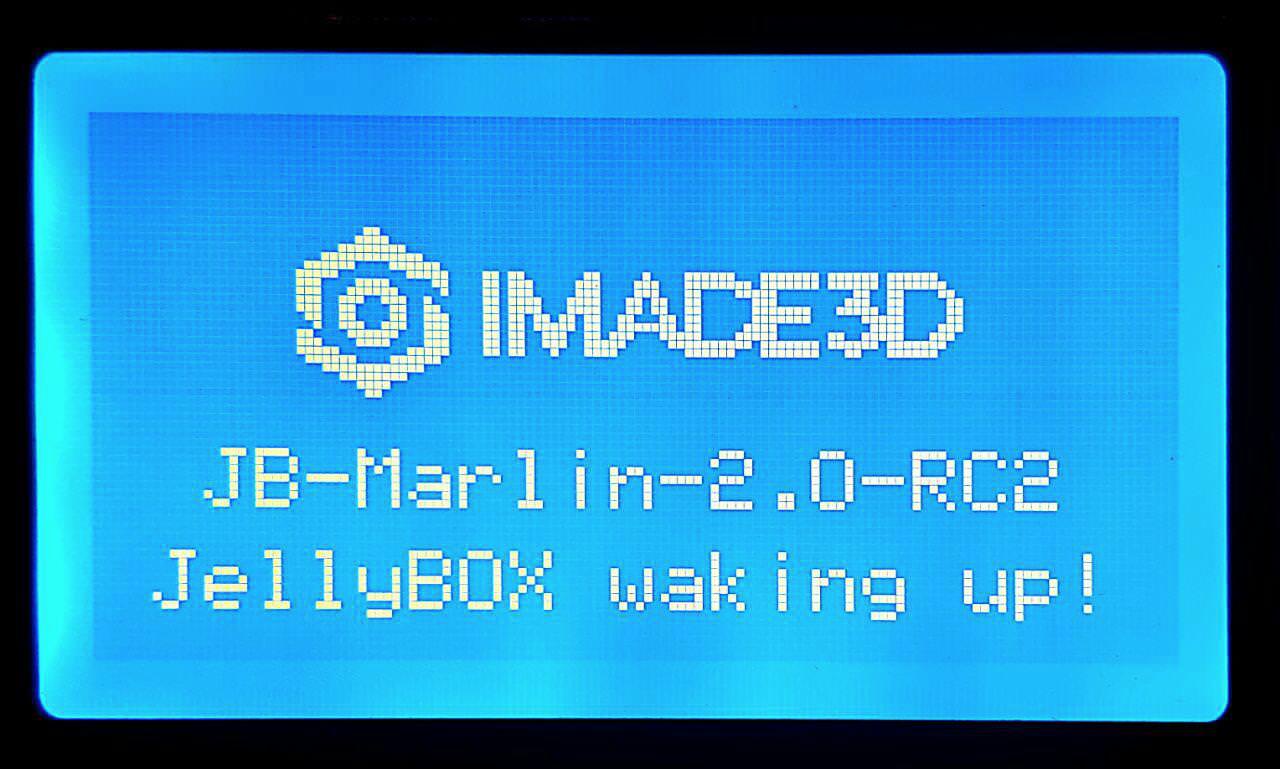 A truly significant firmware upgrade is coming to town. The JB-Marlin version 2.0 RC2 (release candidate 2) is ready to be consumed and tested!

We have changed a ton of things, and we are proud as we could be. This update makes JellyBOX easier to use both for noobs and power users. In BIG ways.

So upgrade your JellyBOX NOW

There are way too many small changes, bug fixes, performance and compatibility improvements, and future function preparations to list them all. Rest assure, you want this upgrade.

This is release candidate. We have been using this firmware for about three months, and it has worked flawlessly for us. It seems stable, and is recommended to everyone.

However, you may still discover some bugs or rough edges.

Or, you may disagree with some of the new design choices. 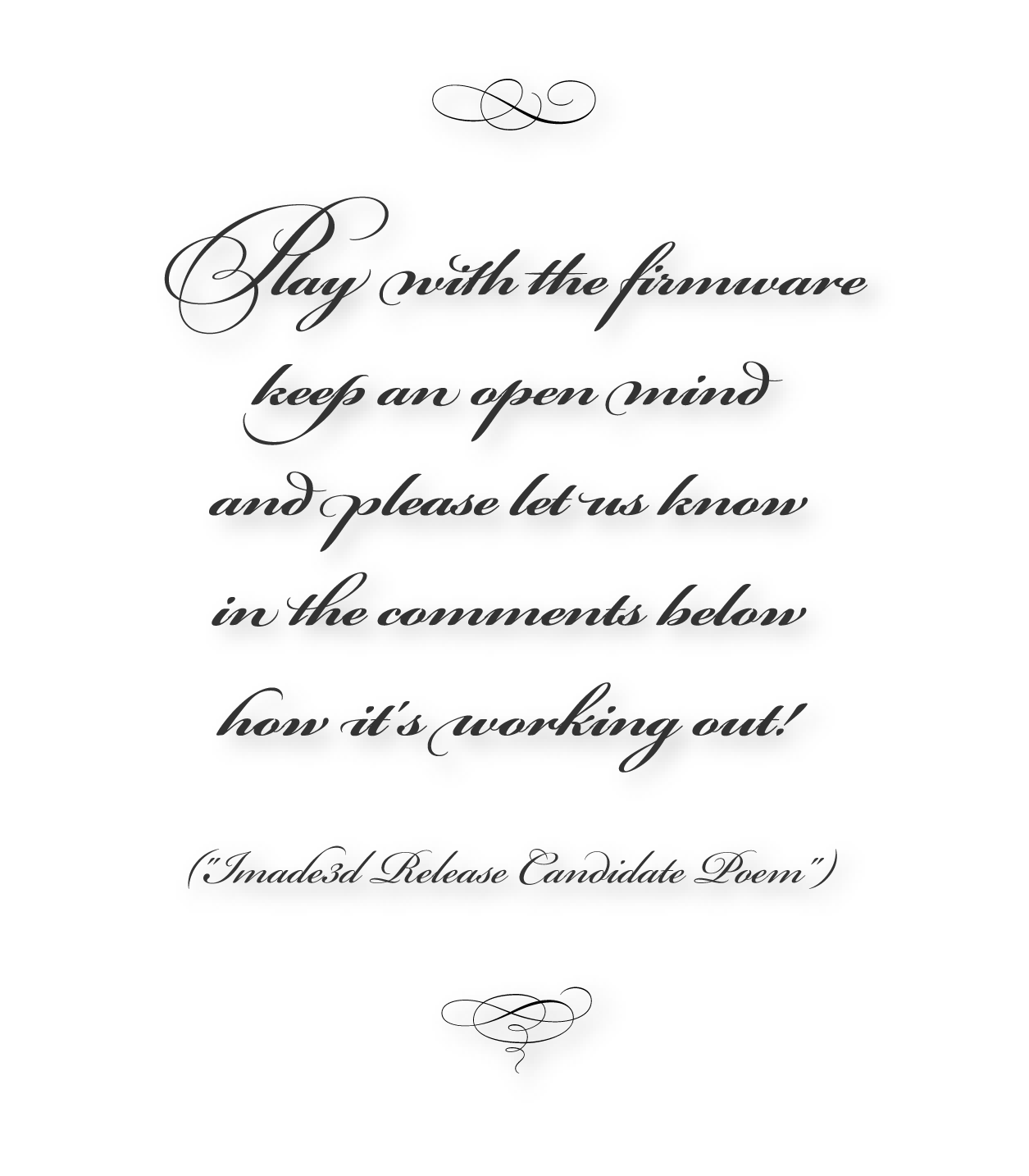 Feeding back is caring.

alias What’s up with JB-Marlin and Marlin numbering?

JellyBOX is a part of the family of open-hardware printers running on various versions of Marlin firmware, the most popular open source 3D printing firmware in the world. (Yay.)

The development of JB-Marlin-2.0 was kickstarted when after two years of relative stagnation, vastly superior Marlin was released (codename Marlin 1.0) a few months ago, and the stream of improvements has not stopped since. Hand in hand, we are layering in our own development to streamline and perfect the user experience.

Confusingly, we already had firmware version “1.3” a year ago by the time Marlin released “1.0”.

What do you think? Continue the discussion @ forum.imade3d.com